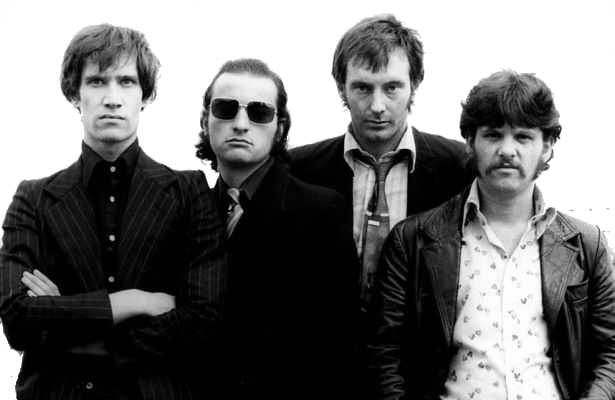 The problem with rock & roll films is that they’re not terribly, well, rock & roll when viewed from a plush cinema seat. No matter how hard the band on screen is rockin’, funkin’ or skankin’, the audience remains seated and mute. More than 50 years ago, Teddy Boys solved this problem by dancing in the aisles to the sound of Bill Haley and his Comets in Blackboard Jungle. This impeccably liberal social drama, starring Glenn Ford as an inner-city school teacher and Sidney Poitier as his pupil, is an unlikely candidate for the first rock & roll film.

Haley, a portly former bandleader, was an even more unlikely figurehead for disaffected youth but his music drove the kids wild. In 1956 south London Teddy Boys slashed seats and rioted at an Elephant and Castle cinema, sparking copycat disturbances across the country. Since Blackboard Jungle, cinema and rock & roll have made for easy bedfellows, spawning many fine rockumentaries, concert films and bio-pics.

I was there when Julien Temple’s Oil City Confidential received its first public screening at the Koko music venue in Camden, North London. The film – the concluding part of Temple’s fabulous 1970s music trilogy, following his film about the Sex Pistols, The Filth & The Fury, and Joe Strummer: The Future Is Unwritten – tells the story of Canvey Island rhythm and blues band Dr Feelgood, whose stripped-down sound and in-your-face approach were an inspiration to many of the punk groups that followed in their wake.

Introducing the event, which featured a screening of the film followed by a live performance by former Feelgood guitarist Wilko Johnson, Temple described the occasion as “rock & roll cinema”. The film was screened at ear-splitting volume, which did full justice to the footage of Dr Feelgood during their mid-70s heyday when they were the most renowned live band in the country. At an all-standing venue, beer in hand, this is the closest cinema has got to recreating the rawness of rock & roll.

Oil City Confidential is almost entirely filmed on Canvey Island, a remote, faded seaside resort on the Thames estuary, peopled by ex-Londoners and now dominated by a vast oil refinery. Temple’s guide ­– to the Essex island and Dr Feelgood’s history – was the immensely likeable Johnson, a veteran of the hippie trail to India, ex-school teacher, guitarist, expert raconteur, part-time astronomer and full-time English eccentric, who sadly died aged 75 in November 2022.

You might imagine that the impact of the film’s more intimate moments, including Johnson’s memories of singer Lee Brilleaux’s early death from cancer, would be lessened in a noisy concert hall. But the opposite was the case. Seated in cinemas we watch films as individuals; at Koko the audience became as one, laughing or crying together and making the screening a collective, raw experience. This was, admittedly for one night only, rock & roll cinema.