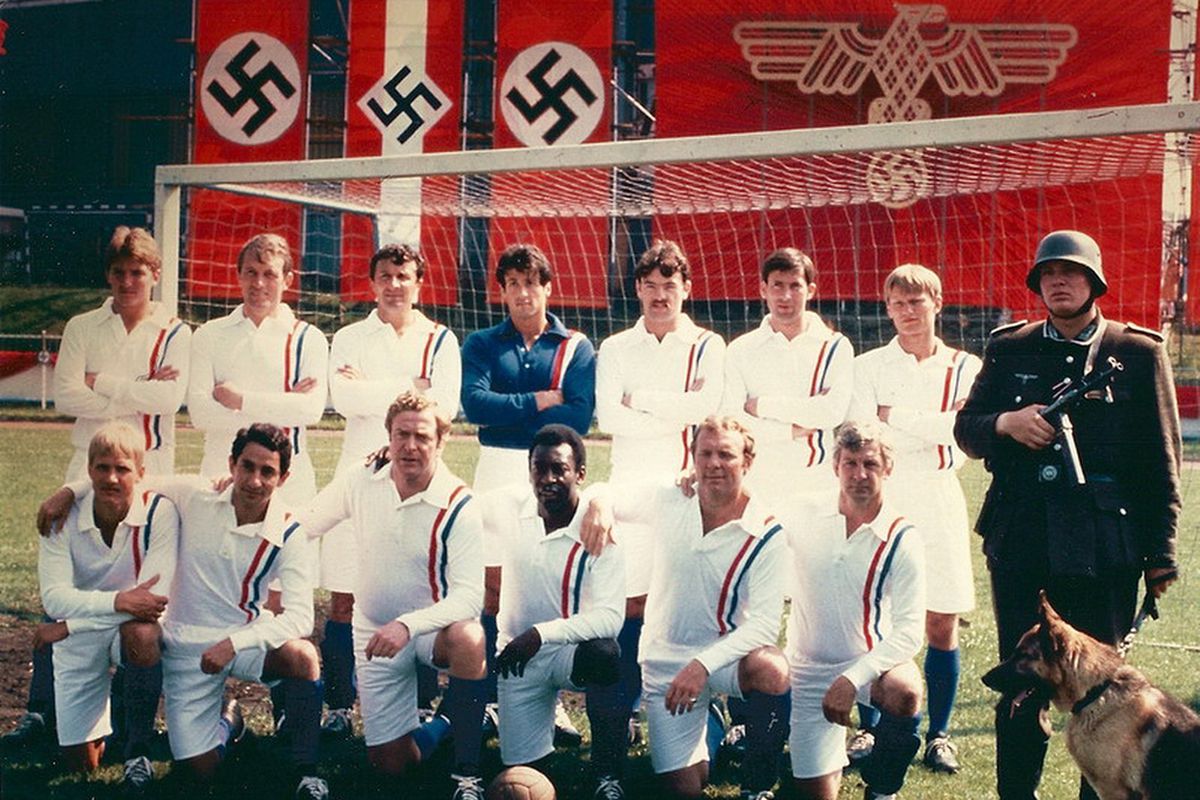 They’re the films you’re not supposed to like – but you do!
Darryl Smith confesses his Guilty Pleasure: It’s the 1981
plucky PoWs v the nasty Nazis football drama Escape to Victory

We were having a debate about the world’s greatest sporting films when I volunteered ro a chorus of amazed gasps that I had a secret hankering for that great Second World War drama Escape to Victory, You know, the one where Bobby Moore, Pele and other plucky Allied prisoners of war kick seven bells out of the Nazis in a camp football match.

I’m not even sure I feel all that guilty about Escape to Victory being a pleasure, to be perfectly frank.  There are numerous reasons for this with Pele’s bicycle kick equaliser being paramount (many a Sunday morning warm-up was spent trying to recreate this goal and how many cinematic moments can claim that legacy?).

I never quite grasped how Russell Osman was allowed to serve in the Army with that haircut or why three of the Allied squad came from nations not at war with Germany.

But these are trifles compared with the educational value of finding out from numerous crowd shots that late 70s fashions of flares and big collars were already established in Occupied France.

But the real reason my view of Escape to Victory underwent something of a transformation from cheesefest to vintage wine came in 1991, 10 years after it was released [Escaped? – Ed].   That’s when my beloved Southend United signed Kevin O’Callaghan, or “Southend Sign Movie Star”, as it was announced in the Echo.

Kevin, a diminutive left-winger, for some unfathomable reason played the goalkeeper whose arm is broken so that back-up goalie Sylvester Stallone can be released from solitary confinement to plan the Allied escape.

As Michael Caine prepares to stamp on Kev’s wrist, his only line in the film is: “Will it hurt?’’ Not half as much as watching Caine trying to pass himself off as an international defender, Kev.